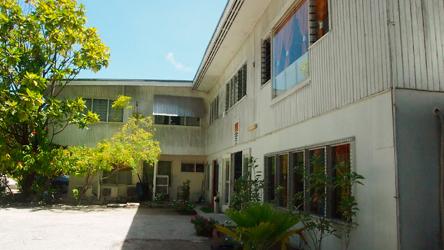 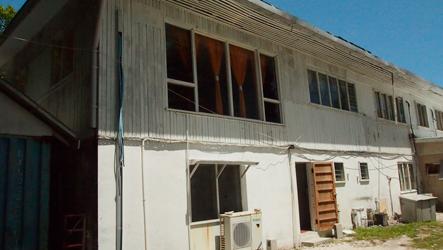 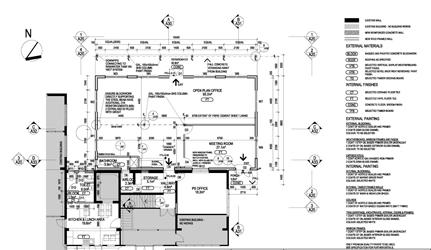 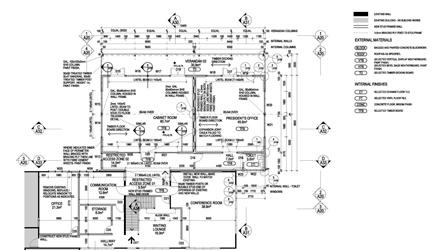 A&L was engaged to prepare construction documentation of a two-storey extension for the Office of Te Berentitenti (OB) ready for tender.

Prior to A&L’s involvement, the OB extension was originally a two-phase project. This was due to receiving different funding sources affecting funding arrangements. The first phase of the project was to design a single storey office extension that was to be “future proofed” so that it was structurally capable of carrying a second floor. A new upper storey extension was to form the second phase of this project once the construction of the first phase extension was completed.

The first phase of the project which also included a sketch design for the second phase was prepared by the Technical Division Section (TDS) of the Ministry of Public Works & Utilities (MPWU), Kiribati. However, due to changes and more flexibility in the funding arrangements, the OB decided that it was more cost effective to re-package the two-phase extension to a single project. As MPWU did not have the required resources to complete the project’s new brief, A&L was engaged to prepare the documentation for a two-storey building.

In 2015, A&L was re-engaged to provide bidding documents in World Bank format, including a detailed bill of quantities to make the project accessible to local contractors. However, due to funding constraints at the time, the tender for a two-storey building did not proceed. The option for a “future proofed” single storey option was then re-visited and A&L was engaged to provide design & documentation in preparation for tender and construction.

A&L provided services to complete the construction documentation of a two-storey extension as a single package which will form part of the tender documentation for an International Competitive Bidding (ICB) for the OB office extension.

The documentation was based on the concept design for the upper floor that was prepared by MPWU as part of their two-phase package. A building specification, structural certification and an estimated cost plan were also submitted by A&L at the end of July 2013.

In April, 2015, A&L submitted supplementary bidding documents in preparation for the tender of the two-storey proposal.

In early 2016, A&L is providing new construction documents for a fully engineered single-storey plus bidding documents. A&L will also be involved in bid evaluation and reporting.