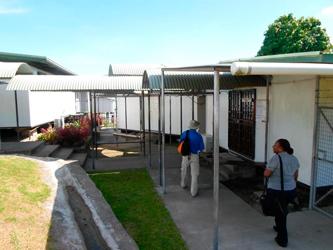 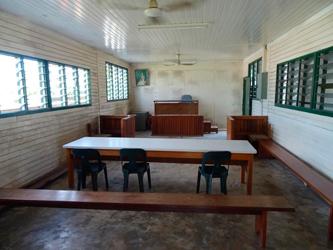 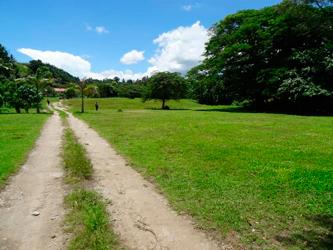 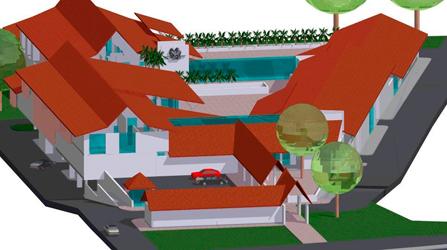 Following the devastating 1994 eruption of the Rabaul Caldera in East New Britain (ENB), which destroyed much of the town of Rabaul, including the Rabaul Courthouse, temporary accommodation was provided for both the National and District Courts in nearby Kokopo. Over 20 years later the Kokopo Courts still operate from the same ‘temporary accommodation’. The site and the current court facilities present a significant impediment to the safe and efficient operation of the Courts.

The Kokopo Regional Court Complex (KRCC) Project is being carried out under the Court Facilities Development Program 2008-2015, which is funded by the Government of Papua New Guinea (GoPNG) represented, in this instance, by the National Judicial Staff Services (NJSS). The Project aims to provide a new permanent court facility on a cleared, 1.05 hectares site off Williams Road in Kokopo, to cater for the full hierarchy of National and District Courts and related judicial and supporting services on the one site, significantly improving access to judicial services to the people of ENB and the Islands Region.A company doesn't completely separate the company entity from the owner and it usually means that the company owner is solely accountable to your trades incurring in the business homework helpmate. Business plan mission for pupils can deliver an A+ mark for you. Avail anytime and realize exactly what you would like. We're a superb small business essay writing service supplier. Let us understand a little more about this subject.

In August 2014 Alexander and Lloyd Pacific Limited (A&L) were engaged by the NJSS to provide the necessary architectural and engineering services.

A design mission carried out in October/November 2014 carried out extensive consultation with both Port Moresby and Provincial stakeholders following by an evaluation of the logistical, operational and climate change characteristics of the site to identify development opportunities and constraints. The findings of the design mission and a preliminary cost plan were presented in December 2014 in a detailed Inception Report. A&L were instructed to proceed with design development in February 2015.

A Concept Design Report incorporating a detailed architectural concept design, and updated cost plan was submitted in May 2015.

The project is now on hold awaiting GoPNG approval of additional funding to finalise the documentation.