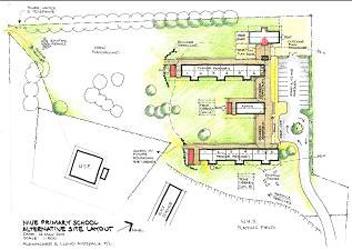 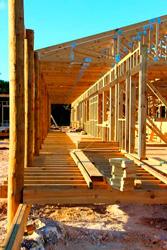 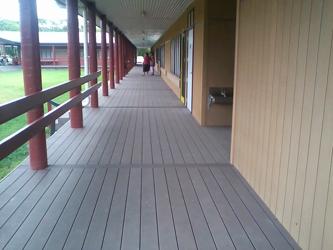 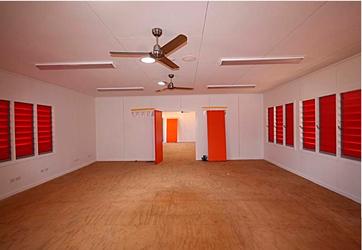 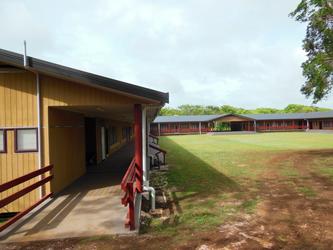 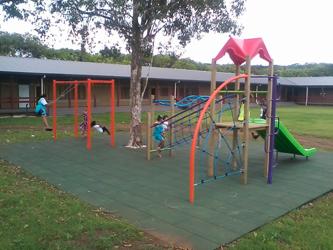 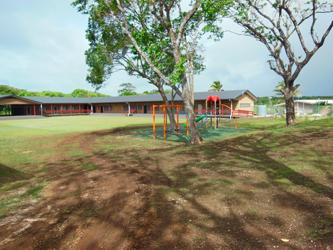 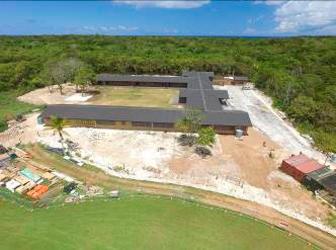 The original Niue Primary School site - in an exposed location near the coast - was devastated by category 5 Cyclone Heta in 2004. The Niue Primary School Infrastructure project was a joint partnership between the Governments of Niue, Australia and New Zealand. Australia was responsible for scoping, design, documentation and provision of construction funding for a new primary school facility. New Zealand was responsible for implementation, including engaging the construction contractor plus consultants for contract administration, supervision and quality control.

The project was implemented in three phases:-

Phase 1: A&L led the scoping mission to Niue, consulted widely with stakeholders, inspected a number of potential school sites, prepared the Redevelopment and Relocation Options Paper plus the Project Plan.

Phase 2: A&L led an in-country design mission, consulted widely with stakeholders, inspected the preferred school site and prepared the Developed Design Report. The initial architectural design development was then subjected to a value management review by DFAT. Comments received from this review were considered and incorporated into the final version of the architectural design development. A&L then led a team of consultants to co-ordinate and prepare the construction contract documentation which included specifications, drawings and schedules, pre-tender estimates and relevant technical reports. This assignment included significant structural design to allow the new facility to be used as a community evacuation shelter and disaster response centre.

Phase 3: A&L was engaged by Opus International Ltd on an on-call basis throughout construction to assist their contract administration team respond to requests for information from the Contractor on design, specification and detailing related issues.